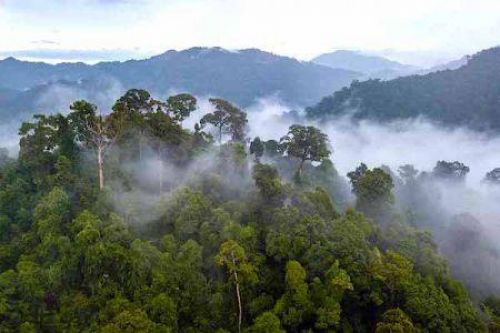 (Ecofin Agency) - In 2021, African countries monetized only 22 megatons of CO2 equivalent for an estimated US$123 million. For the experts of the Africa Carbon Markets Initiative, this could be multiplied by fourteen.

Africa has the potential to mobilize US$6 billion a year from voluntary carbon markets (VAMs) by 2030 if it can overcome barriers to increasing its supply of carbon credits, according to a report released last November by the UN initiative Sustainable Energy for All (SE4All).

The said report presents the objectives of the Africa Carbon Markets Initiative (ACMI), a group of 13 African and international leaders, business leaders, and experts working to develop carbon markets in Africa.

According to the ACMI -launched last November 8 on the sidelines of COP27, one of the main challenges facing Africa in the fight against climate change is how to finance the necessary transformation of the continent's economies, with the climate financing pledged by rich countries being far below targets.

The report stresses in this context that the solution to the lack of climate financing lies in the exploitation of the immense potential of voluntary carbon markets, which represent "a major opportunity to accelerate economic development and simultaneously curb greenhouse gas emissions” since a carbon credit is equivalent to one ton of carbon dioxide, or the equivalent amount of greenhouse gas reduced, sequestered or avoided.

Demand growing to 36% on average yearly

Between 2016 and 2021, the global voluntary carbon markets grew by an average of 30% annually. The demand for African carbon credits also rose by an average of 36% yearly during the same period but the starting value was really modest. Indeed, in 2021, African countries monetized only 22 megatons of CO2 equivalent (MtCO2e) for about US$123 million.

Moreover, only five countries (Kenya, Zimbabwe, DR Congo, Ethiopia, and Uganda) account for 65% of the credits issued in the last five years while several countries with high potentials, such as Madagascar, Angola, Nigeria, Sudan, and Tanzania, accounted for a minor portion.

Overall, the supply of carbon credits by African countries on the offset markets remains limited and far below the continent's potential, which is estimated at 2,400 megatons of CO2 equivalent (1 megatonne = 1 million tons) per year by 2030.

The SE4All report reveals that increasing Africa's supply of carbon credits would enable much-needed sustainable investment in a range of sectors, from renewable energy and clean cooking solutions to agriculture and forestry.

However, there are major challenges to address to unlock the continent's potential in this area. They include a shortage of project developers capable of operating at scale, complex regulations, inadequate methodologies for determining the value of certification credits, and integrity issues.

The Africa Carbon Markets Initiative suggests several key actions to those barriers. They include supporting African governments in developing national VCS plans, building project developer’s capacity, developing a marketing plan for African carbon credits, deploying financing mechanisms to reduce investment risks and lower the cost of capital for developers, and establishing transparent regulations based on each government's commitments under the Paris climate agreement.

The ACMI also intends to build strong relationships with major carbon credit buyers and financiers, including Exchange Trading Group, Nando's, and Standard Chartered Bank to establish an early market commitment of hundreds of millions of dollars.

With these multiple action programs, African countries will be able to sell 300 megatons of CO2 equivalent per year by 2030. The Taskforce on Scaling Voluntary Carbon Markets (TFSVCM) estimates that the size of those markets will increase 15-fold between 2020 and 2030.

Meanwhile, at 300 megatons yearly, the volume of CO2 equivalent sold by African countries would rise fourteen-fold from 2021 levels (22 MtCO2e). This level of monetization should allow the continent to mobilize US$6 billion (calculations based on the Standard & Poor's and the World Bank base price of US$20 per ton of CO2 offset)  each year and directly or indirectly create 30 million jobs by 2030.

By 2050, ACMI estimates that Africa could monetize 1,500 megatons of CO2 equivalent per year, which would fetch the continent US$120 billion per year assuming the price is US$80 per ton.  At this stage, carbon markets would be a major sector on the continent and could support the creation of over 100 million jobs.