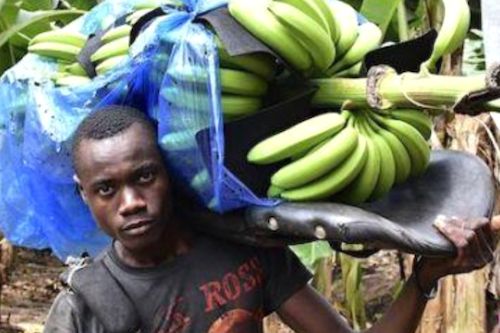 (AFRUIBANA) - Afruibana welcomes the publication by the European Union of its Directive on Adequate Minimum Wages and calls for its principles to inform the debate in producing countries around the concept of "living wages".

Paris, December 6th 2022: On the 4th October, the European Parliament and Council reached an agreement on the proposed directive which « provides for the promotion of the adequacy of statutory minimum wages and thus contributes to ensuring decent working and living conditions for workers in Europe ». Afruibana welcomes the fact that the content of this directive resonates closely with the positions it has taken in the debate across the producing countries on the concept of "living wages".

The directive appears to Afruibana, and the producer countries it represents, as an important step in the discussions around the concept of "living wage" at 3 levels.

The directive points out that in countries where there is no statutory minimum wage but where the market is largely covered by collective bargaining, the average wage is generally higher. Afruibana shares this analysis and seeks to promote a strong trade unionism among the producer companies that are members of the associations it federates, allowing for a lively social dialogue and the conclusion of wage agreements or collective agreements. In this logic, any method that aims to impose a "living wage" unilaterally constitutes, for the producer countries, a circumvention of the role that underpins the legitimacy of trade union representation.

The directive does not prescribe « a specific minimum wage level which Member States would be required to achieve ». On this point, Afruibana highlights the fact that the only methodology currently imposed by certifiers to determine and update "living" wage levels does not take sufficient account of the specificities of each economy and sector of activity. Afruibana is relieved to see that the European institutions are aware of the need for a plurality of approaches within the same general framework.

Furthermore, the "living wage" introduces a damaging distinction with the minimum wage: Indeed, in the African member countries of the association, minimum wage levels are often much lower than those defined as "living". Does this imply that current minimum wages are not "decent", even though globally minimum wages play an essential and recognized role in the fight against poverty, the general raising of living standards and efforts to formalize the economy?

The directive indeed invites each Member State to define clear criteria in accordance with their national practices and to decide on the relative weight of these same criteria considering the national socio-economic conditions. Afruibana fully subscribes to this reminder of the State's prerogative and this concern to take full account of local realities.

In conclusion, and in the light of the 3 characteristics of this European directive, how could one legitimately impose on developing country partners a more binding framework than what the EU imposes on its own members?

Joseph Owona Kono, President of Afruibana, is therefore pleased to see the European Union move forward on the objective of upward social convergence through the establishment of adequate minimum wages. He therefore calls « for these provisions to be applied in the same spirit to the EU's partner countries, seeing no justification for the setting of “living wages”, for the African banana sector or other agricultural value chains in developing countries, to be imposed from outside without consultation with all stakeholders and full consideration of local specificities. »